No Baby, False Alarm, and What We Have Been Up To

Yesterday I earned my first "False Alarm." I will spare you most of the details, but at lunch, I thought my water had broken. I went to the doctor. It hadn't. I am not going to lie, I was disappointed. (Also, it is not like I have never had my water break before- you would think I would know!)

I have an appointment on Friday because I am measuring large. (Never fear, strangers had already let me know this for weeks.) If they did my c-section this weekend, I totally wouldn't hate it. (However, as of now, still planned for the 7th.)

Why do I want Gaines out so bad? 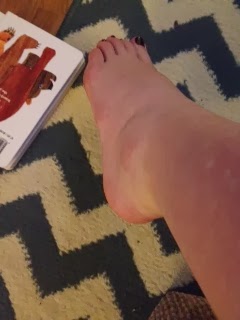 (Try not to throw up)

My weight has caused the worst swelling. That combined with no shoes that properly fit have me walking on the outside of my foot. All. Day. Long. (Because yes, I am still teaching.) I seriously think I have fractured it, but I don't want to be the "oh, you think your water broke AND you have a broken ankle" girl. I want to have my c-section for the fact that I won't have to stand on my foot. (You can laugh at me when I am dying from my stomach being ripped opened in a few days.)

And Woody sympathies with me so well.... 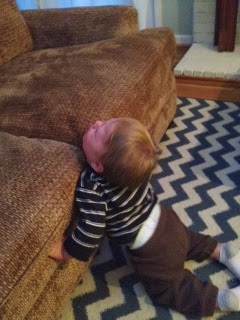 Sike.
After being on my feet all day, this little guy (who thinks he no longer needs naps) likes to have hour long fits when we get home. Delightful. Why do we live so far from grandparents again?

So what does this mother of the year do? 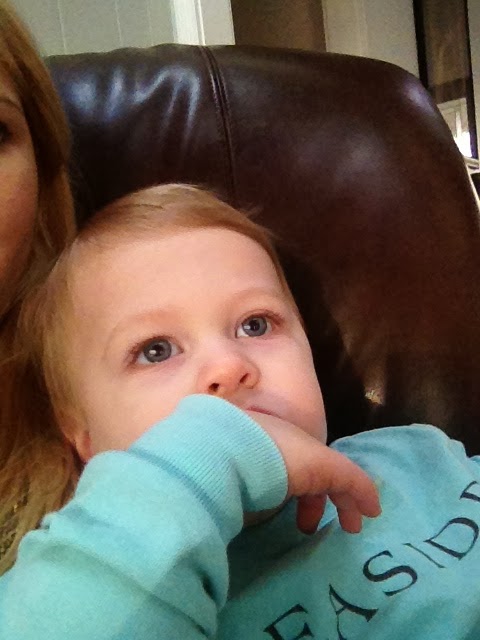 Let him watch two hours of Curious George, of course. (I am working on my acceptance speech.) 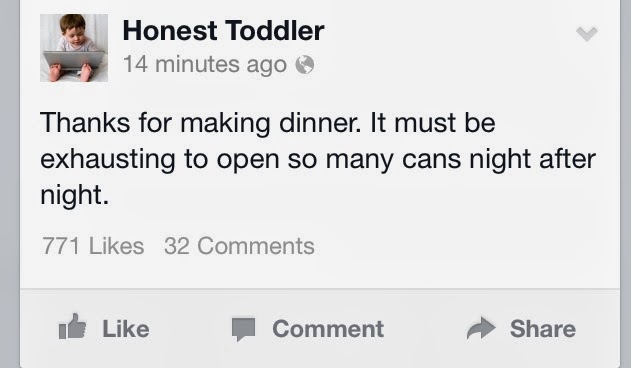 And that is on a good night.

Enough self-bashing. I did get around to cutting Woody's mullet. Hooray! I was pretty proud of myself. 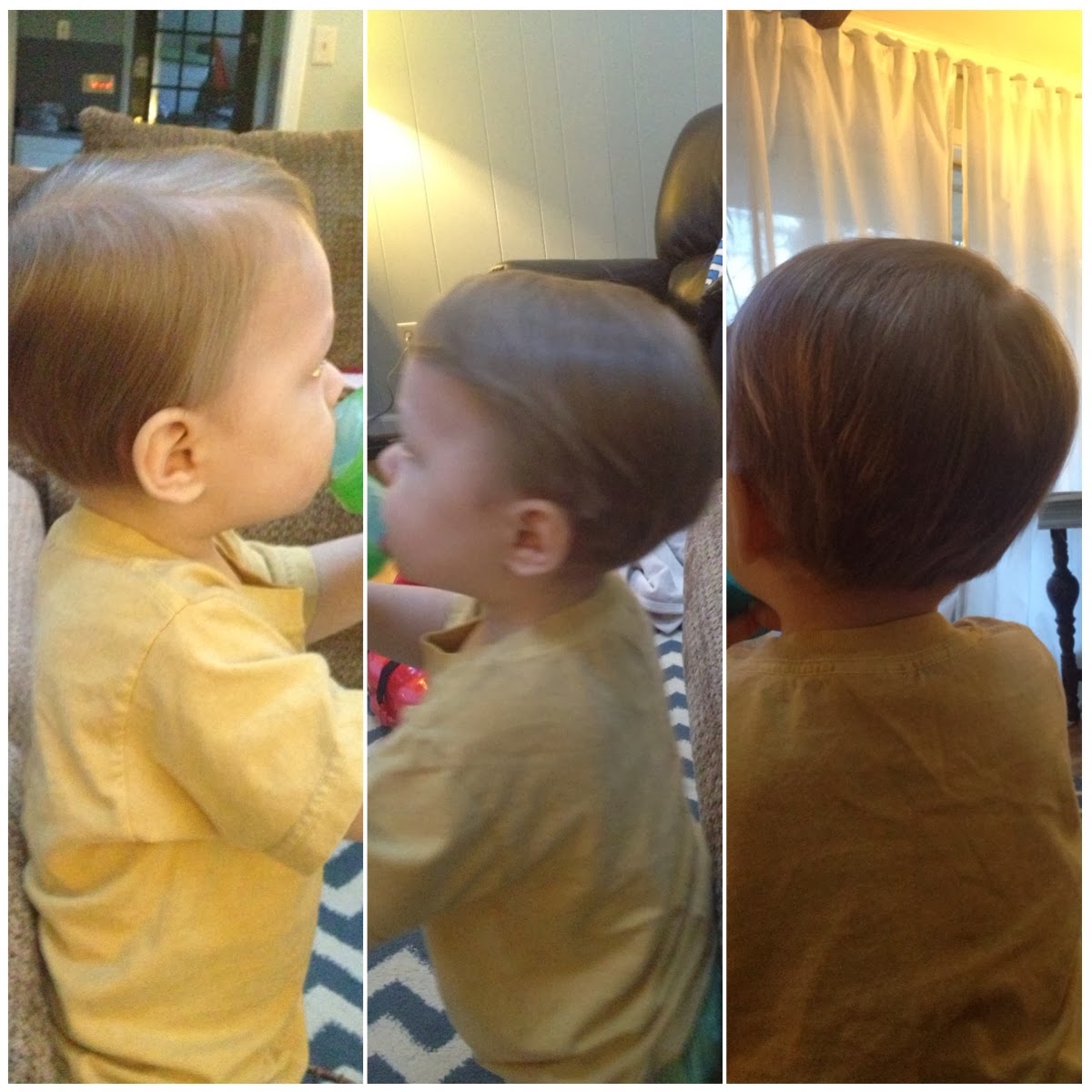 I enjoy tasks where I can strap Woody to a chair and sit down myself.
Doesn't he look grown-up?

A Name and Other Updates

As odd as it sounds, Brooks and I always had two boy names that we loved. No girl names, but two boy names. Woody's name (Woodfin James) is named after my grandmother (Woodfin was her maiden name) and James is Brooks's dad's name.

And our other favorite boy name (aka Harvard Baby Dos name) is....

Gaines comes from Husband's side of the family. It was his grandfather's and uncle's name. Alton was my grandfather's name, as well as my brother's middle name.

Woody and Gaines might not be the most popular names, and people definitely have their opinions on them. However, I like that they are old school and represent members of our families.

Other updates?
That is about it. Thank you for your prayers and support throughout this pregnancy. It is the final countdown people!!
Posted by Lindsey at 8:24 AM 0 comments

Email ThisBlogThis!Share to TwitterShare to FacebookShare to Pinterest
Labels: harvardbabydos, my life 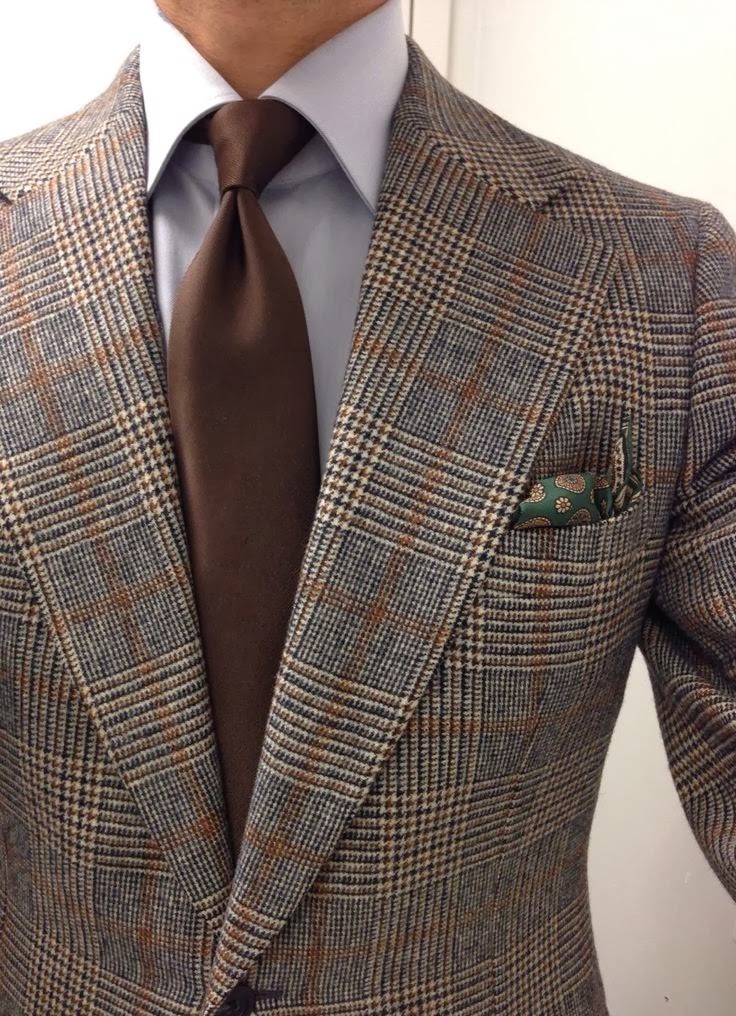 Can every man dress like this? Every day? Yet, somehow not judge me for wearing the same maternity shirt for the third time in a week because I have literally outgrown most maternity clothes? Small request. 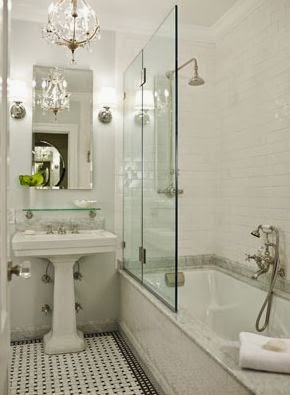 The bathrooms in our house are definitely not terrible. They had recently been remodeled and include nice seamless glass doors. Problem? Both bathrooms only have showers. I think it should be illegal to be pregnant without a bath tub. I love how posh this small bathroom looks....with its beyond perfection bath tub. 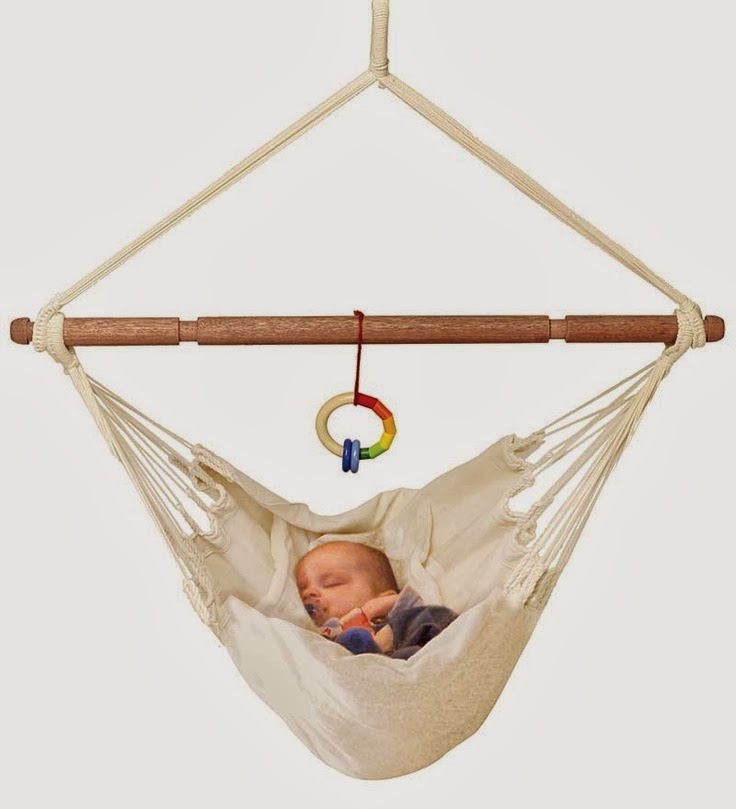 I am just kinda obsessed with this contraption. It looks so cozy and I secretly want an adult version to take a nap in. Also, compared to many baby hammocks, it is not crazy, unrealistically priced.

I have typed this entire story once, only to accidentally delete it. And the reason this is Chapter 3 is because my sister wrote Chapters 1 and 2.

On Tuesday, we knew snow was coming. I kept waiting on Fulton County to dismiss school early, but the snow started pouring in before noon, and we were still there. I had my biggest math class who was going crazy watching the snow, so after lunch, the fifth grade ventured out to see the snow. And it was sticking. To everything. Including the sidewalk. I decided to call my mom, who was on her way to stay with me since Brooks had flown out to San Francisco that morning. She was supposed to be at my house by noon, and I wanted to make sure she was safe and sound. Well, she was safe, but south of the city and having to drive in the snow. Cue tinge of panic. 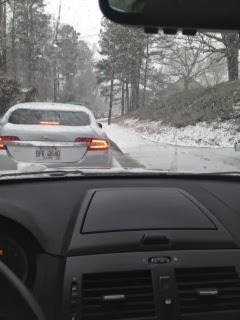 A little after 1:00pm, I made the call to leave school and get Woody, thanks to a kind paraprofessional who could watch my class. (Spoiler Alert: I wasn't one of those hero teachers who spent the night at school.) Normally, the drive to Miss B's takes 5, 10 minutes at the most. I didn't get to MissB's until after 2:30. (Now, I spent just over an hour trying to get to my child. It was a horrible feeling to think, "I can't get to him." I cannot imagine what some parents went through Tuesday/Wednesday.)

I woke Woody up, loaded the car with snacks and milk (thanks for the idea Miss B!) and hit the road. I knew traffic was bad, but I felt that I could handle the situation. It was my mom I was worried about. She hadn't made much progress when I called her at Beverly's (2 hours after my first call to her.)

The first part of the drive back to my house wasn't terrible. I had my car in 4-wheel drive and most of the back-up was those poor people trying to get on the interstate.

Then I turned on Hammond Drive. Not only is it heavily traveled, but hilly. Sure enough, I hit a patch of ice and skidded off the road. Woody, thank goodness, was oblivious to the situation. I was hysterical. Every time I tried to get unstuck, I somehow made it worse. I wanted Brooks, my dad, or my father-in-law to come save us. But they weren't even in Georgia, much less Hammond Drive. That is when my "snow angel" flew in. He blocked three lanes of traffic with his car, calmed me down, and got my car unstuck. Then he promised to drive behind me the rest of Hammond in case I had any more trouble. I cannot tell you how many times I have thanked God for the man in the gold Honda Accord from Gwinnett County. I wish I hadn't been crying so hard and had asked his name.

I had Brooks, my dad, and father-in-law praying for me on speaker phone. I truly believe that is the only way I got home. Traffic was beyond packed, cars were abandoned, and the roads were icy, but a little before 6:00 pm, we pulled into my driveway. I have never been so happy, but I still needed my mom to get to my house. I was so worried about her, but Brooks kept telling me that my mom was a smart lady who would be okay. When she pulled up we hugged and thanked God we were safe and warm.

My story does not begin to compare to others' nightmare of a Tuesday/Wednesday. Nonetheless, I hate snow.