When we weren't baptizing Mae Stanley or celebrating Easter, we had many other nice moments worth documenting. 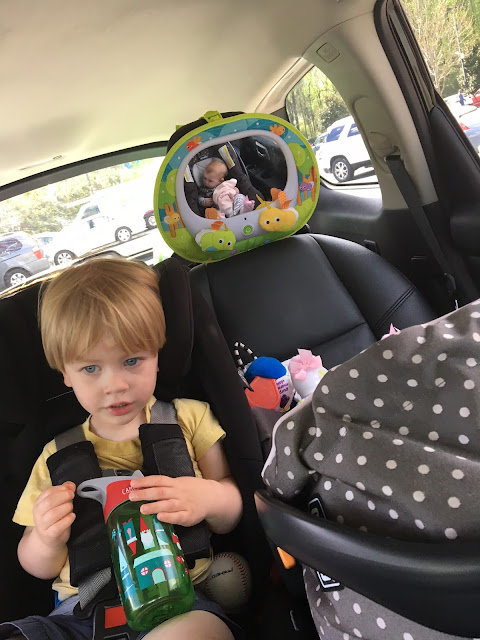 After Mae Stanley's baptism, my parents took the boys with them for some time on the farm. We always miss them, but Mae Stanley especially missed them. She was so excited when we saw them, and she spent the entire car ride leaning forward so she could see her brothers.

I also took the boys to get their first "non-mom" haircut. 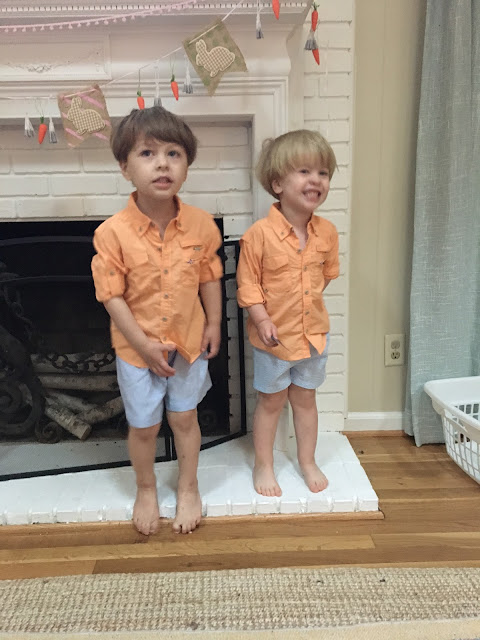 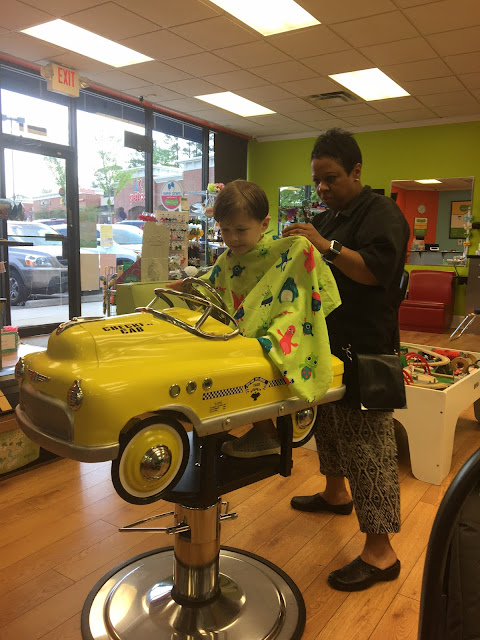 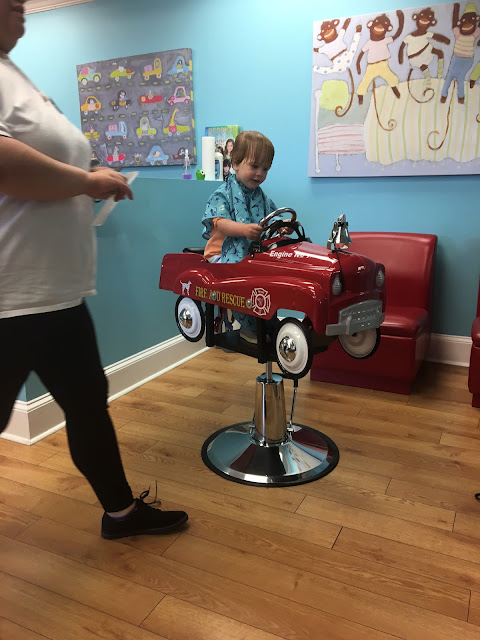 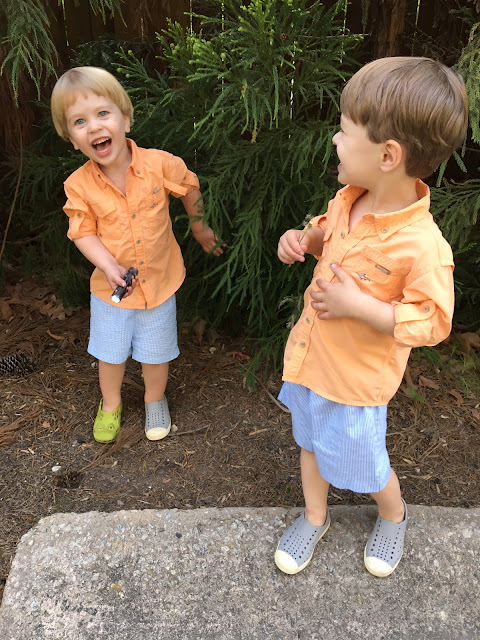 It cost almost $50, and I couldn't tell a difference from when I do it. I think I will stick to cutting it myself for a little longer. (Yes, Gaines has two different shoes.) 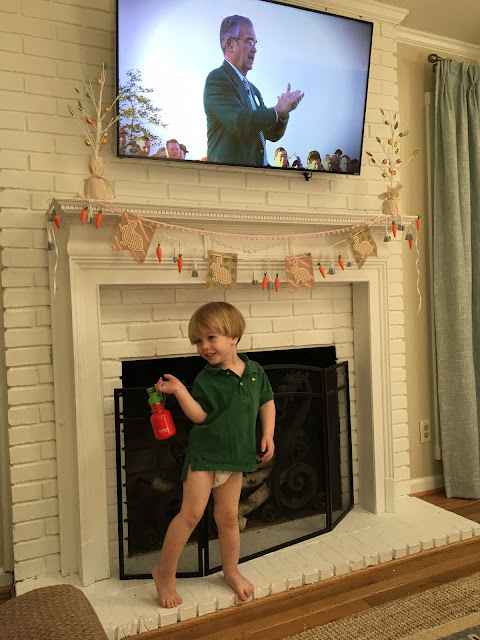 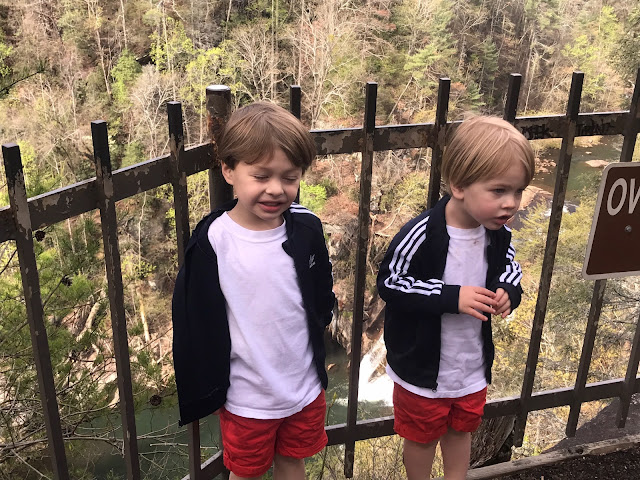 One Saturday I had to work at church for VBS. I could have brought the boys with me, but Brooks insisted on keeping them. He got them dressed and took them for a Guys' Hike. I love how close they are. 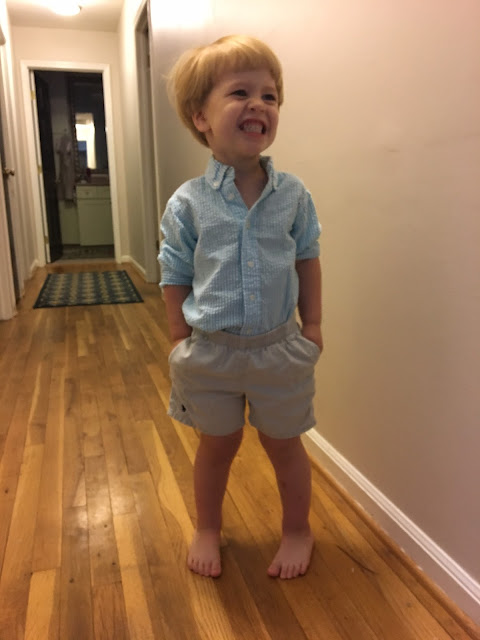 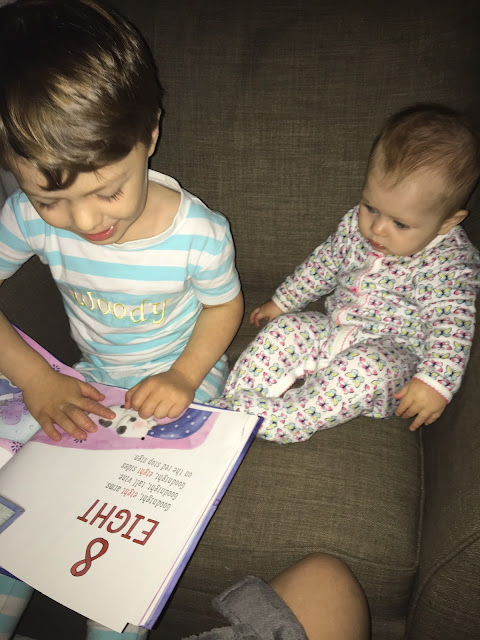 Woody takes his role of big brother very seriously. He loves to help and is very protective. He likes to help read Mae Stanley her bedtime story.

One Friday night, we took the kids to "Lemonade Days" which is the little fair that comes once a year to Dunwoody. The boys had such a great time, and I managed not to completely freak out on the Ferris Wheel when they kept leaning over the side. 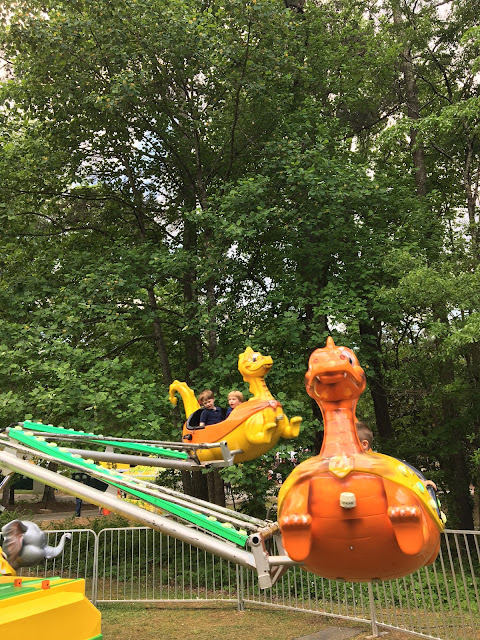 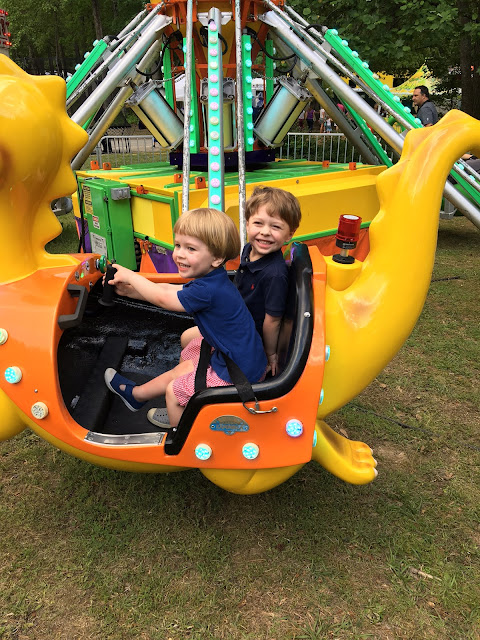 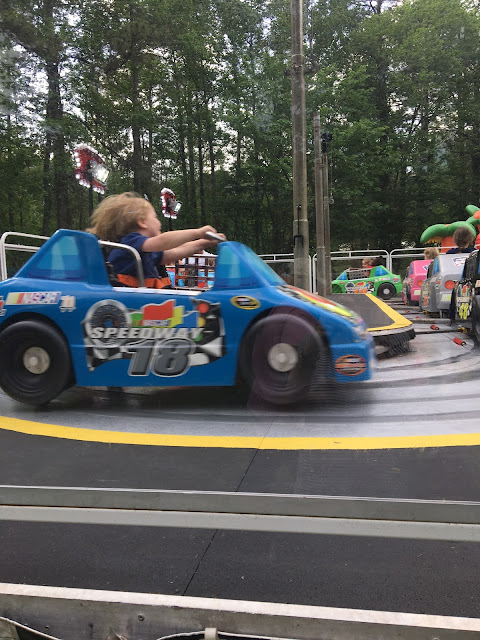 Ha! Gaines's big ole head would whip around every corner. 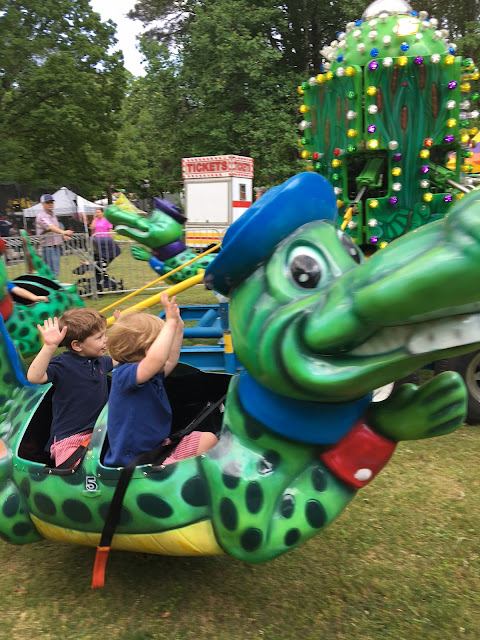 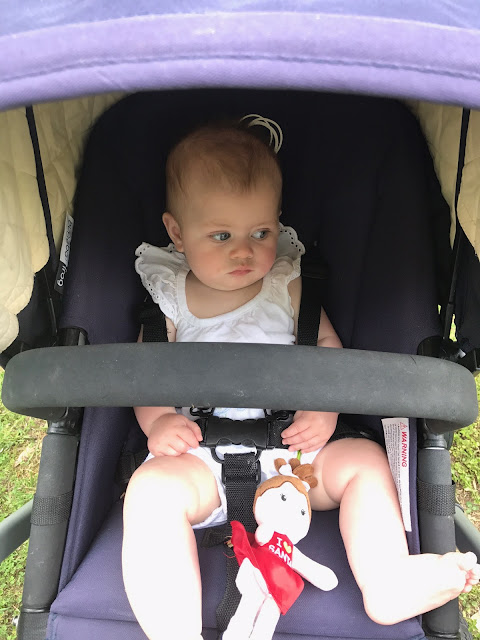 When you are too little for all the rides...
(And yes, she clings to her Santa doll still in April) 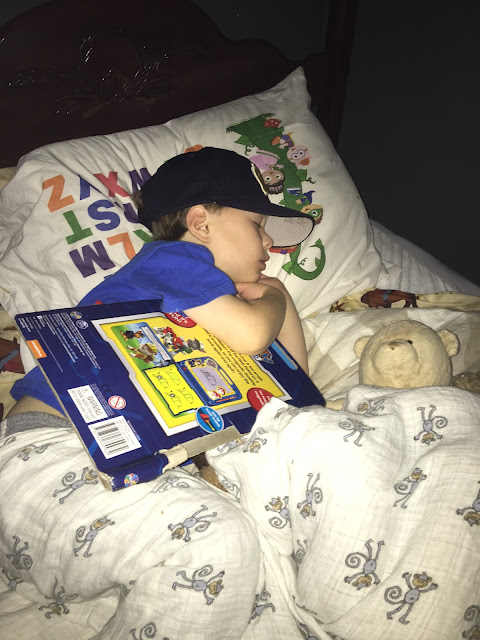 Baseball has been such an unexpected blessing. Woody has loves the boys on his team, his coaches, and learning to play. I melted when I found him asleep with his baseball cap. 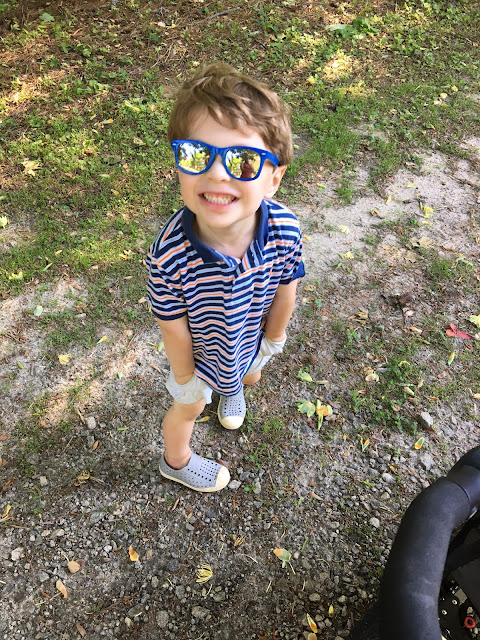 You guys, these boys! Melt! 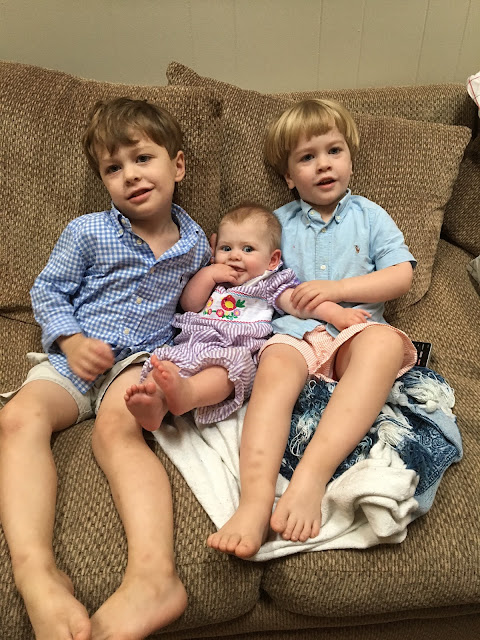 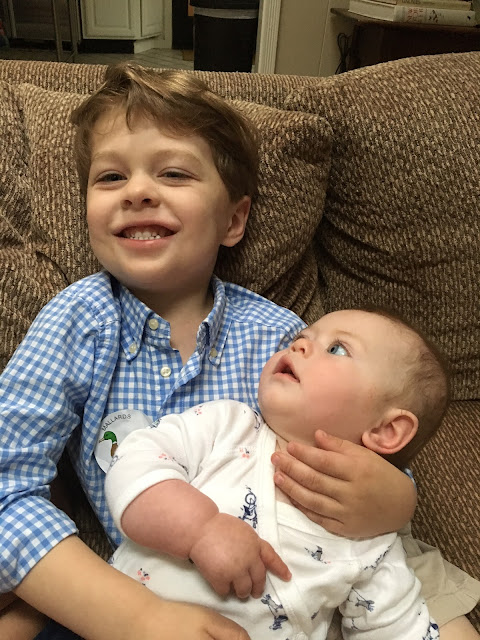 Can we say heart eyes?! 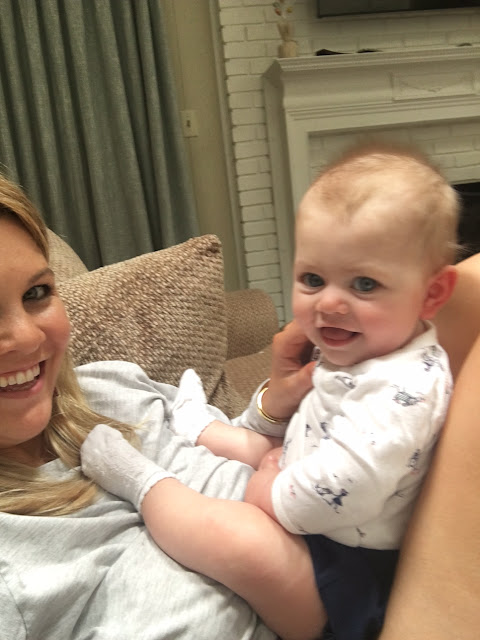 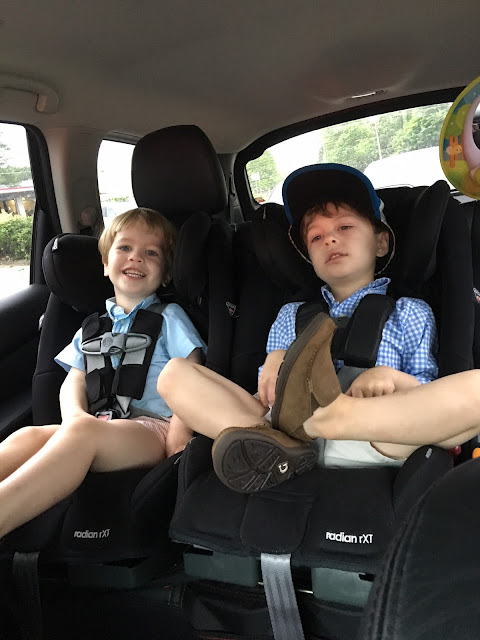 That day we had Gaines's music performance and Woody invited me to be his special friend for Doughnut Day. I was so honored, until Woody admitted in the car that he wished he had invited Daddy. 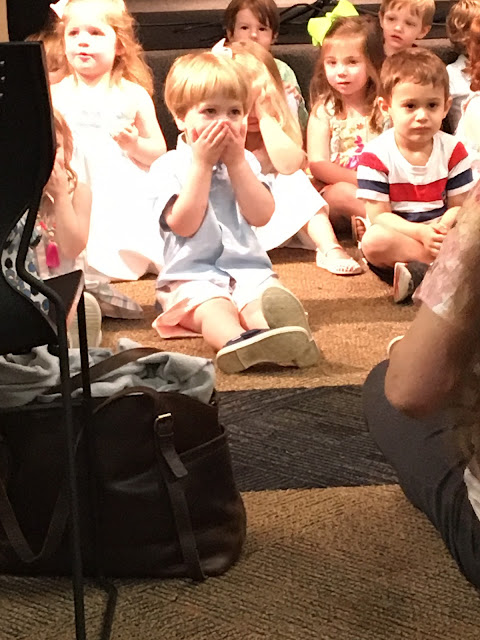 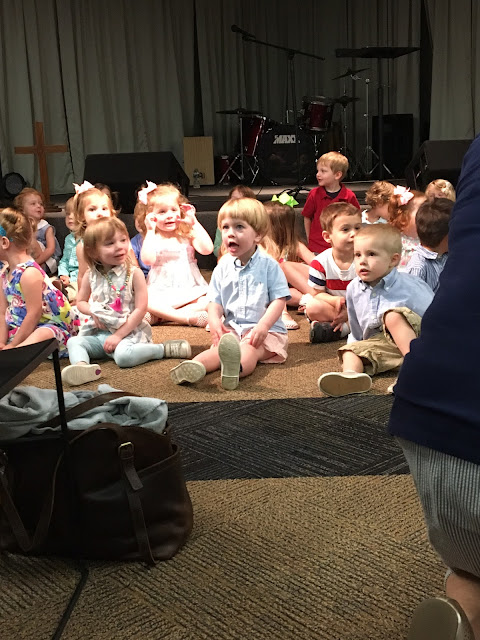 Of course Gaines makes sure he was in the front middle 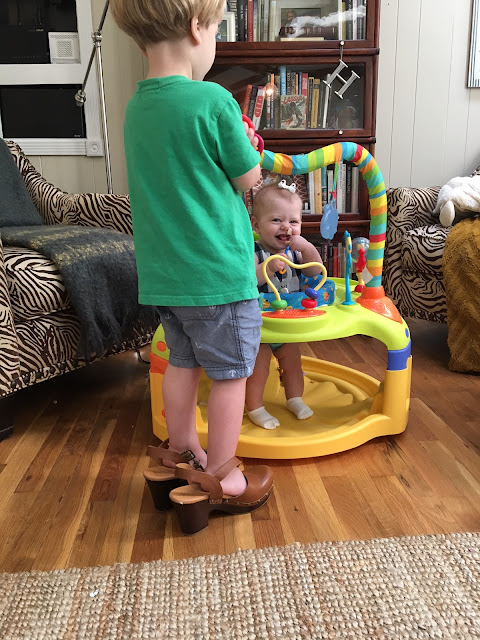 He will kill me one day for this photo 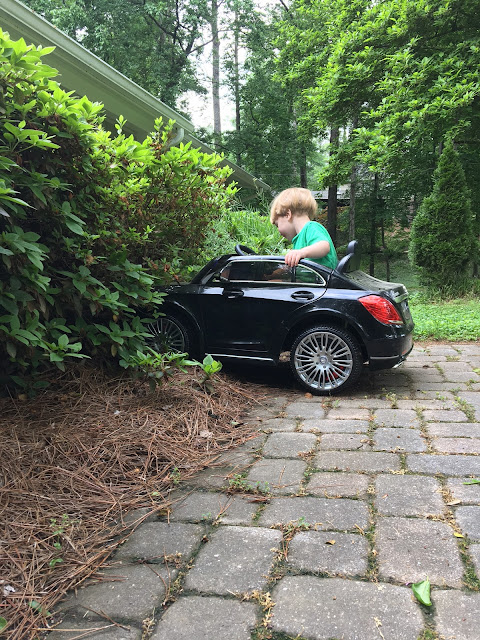 But his driving skills are on point 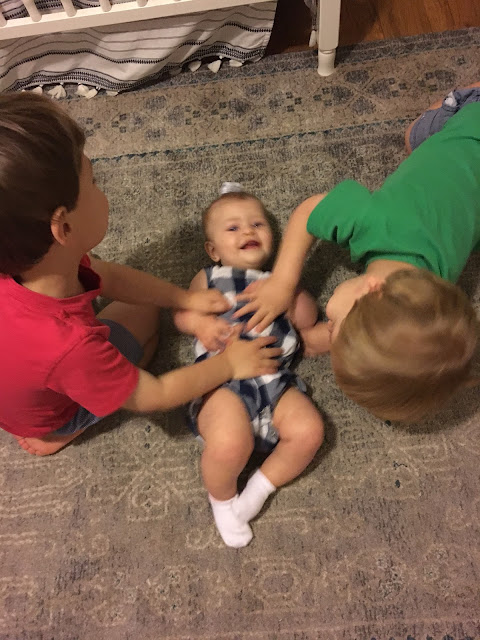 She will ALWAYS feel loved!

We ended the month on a weekend trip to see my sister in Birmingham. We all had the best time. The boys are obsessed with Jake and quite intimidated by Hollon. It was great watching them play and getting quality time with them. 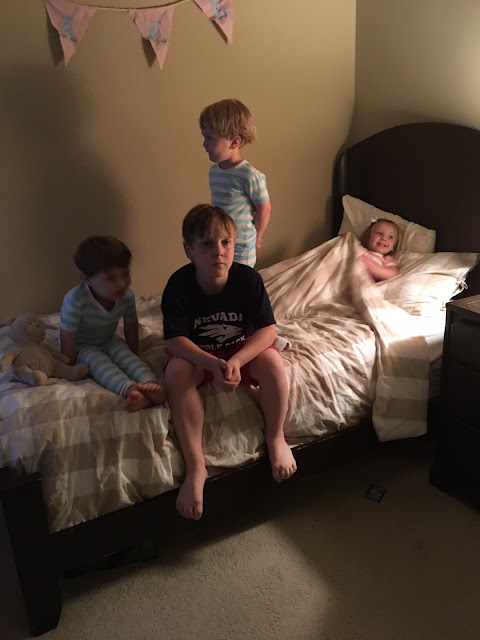 Both boys slept in Jake's room and thought it was the greatest thing ever. 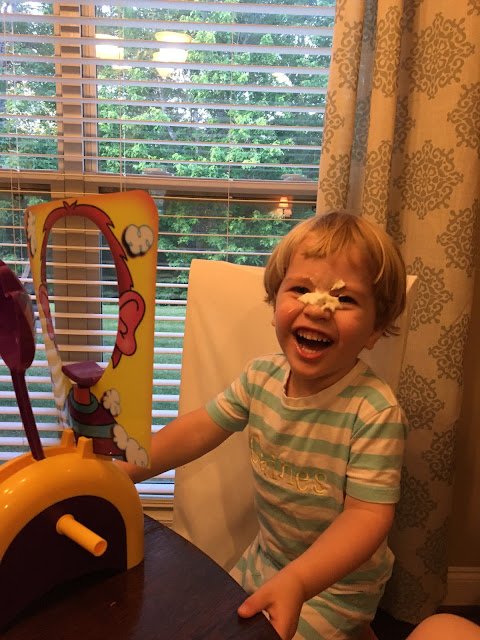 But not quite as great as when Gaines got hit with pie!